The Donation of E-ONE Engine 954 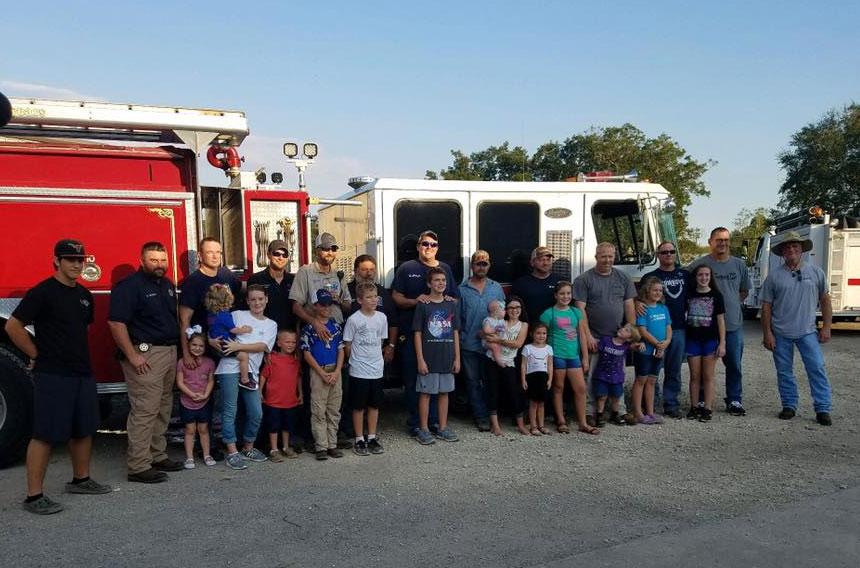 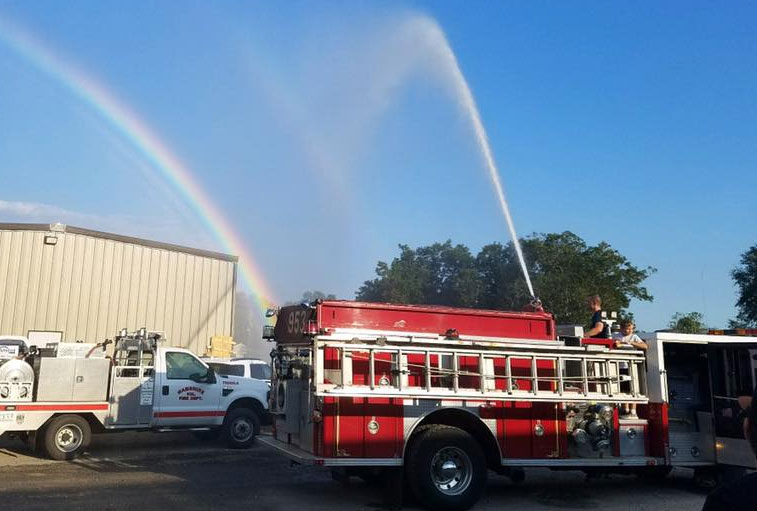 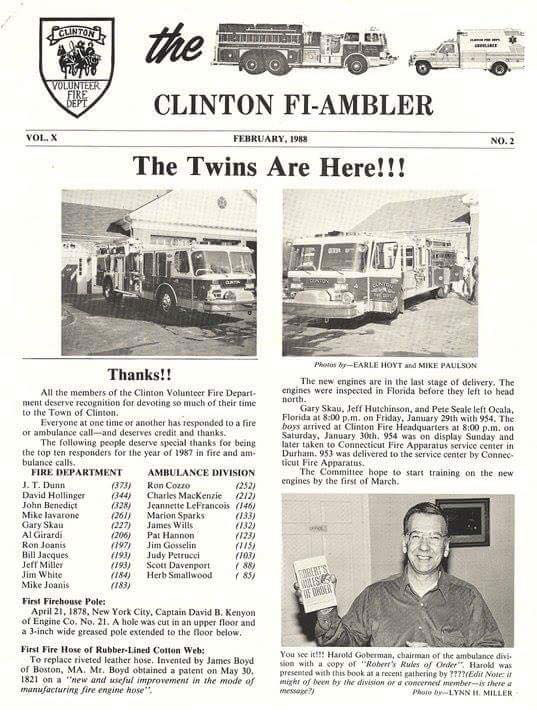 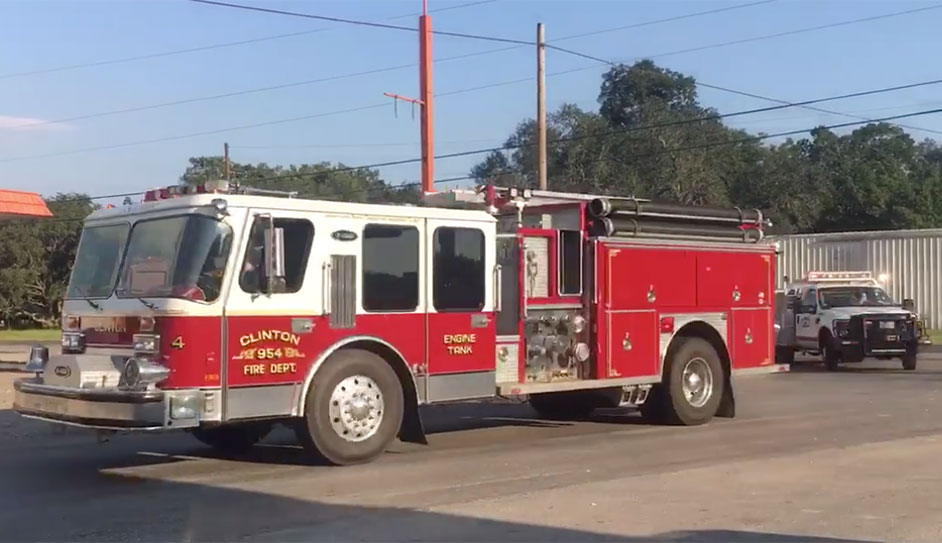 E-ONE Fire Engine 954 found new life, and a new home to serve in the aftermath of Hurricane Harvey. Following a streak of devastation caused by Harvey, a storm that deposited more than 27 trillion gallons of water onto parts of Texas and Louisiana, many towns were left struggling to rebuild, and restock.

Hamshire, Texas, was one such town impacted by the storm. There, the effects of Harvey hit the entire town, including the Hamshire Volunteer Fire Department (HVFD), where it put a strain on the resources and equipment available to continue serving the community in need.

A COMMUNITY COMES TOGETHER TO HELP OTHERS

When the town of Clinton, Connecticut, where more than 13,000 citizens call home, heard of Hamshire’s need, they knew what they needed to do. Speaking with Southeast Texas News Station KFDM, HVFD Chief Justin Chesson said, "We were working on a deal before the storm happened to purchase [Engine 954] from [Clinton], to put it in service here to serve our community, and Hurricane Harvey hit in the time that all of this happened. So, they graciously got the town to agree to donate it to our fire department instead of making us purchase it, so here it sits."

Meanwhile, back in Clinton, the message was a bittersweet one. Per the Clinton Town Facebook feed, “As one chapter closes in the life of a fire engine, another begins. Engine 954 has served the Clinton community since 1988. This morning, it began its journey to its new home in Hamshire, Texas. Served by an unincorporated self-funded volunteer fire company, the HVFD must generate its own funds to remain functional, and is not funded by any other source. The Clinton Volunteer Fire Department (CVFD) has donated Engine 954 to the HVFD in the hope that it will provide many years of service. A send off ceremony was held this morning with members of the CVFD and HVFD present. We are sending Hamshire our best wishes.”


According to Station KFDM, it was the generosity of a local Hamshire businesswoman who donated the cost of shipment to Texas. Over the course of five days, the 1988 pumper/tanker truck was transported by an 18-wheeler to the HVFD. There, Engine 954 will become a critical piece of equipment for the HVFD, which plans to use it to fight industrial fires, and as a rescue truck.

CLINTON AND HAMSHIRE SHARE MORE THAN JUST A FIRE ENGINE

Jeremy Hansen, a former member of the CVFD, is now a working member of the HVFD, as well as the District Fire Chief of Jefferson County ESD4. During the donation process, Hansen issued his own thanks and thoughts regarding the special occasion. “A very heartfelt day. Fond memories of my days with the Clinton VFD, and new memories made with the Hamshire VFD. Both departments have become family, and continue to make me proud to be a participant.”

Hansen, having witnessed the generosity each town had bestowed upon members of the community during harsh times went on to say, “To the men and women of the Clinton VFD. Today, I am reminded of how fortunate I am to be a prior resident of Clinton, and former member of its VFD. I left more than 10 years ago with a sense of pride, professionalism, caring, and generosity instilled deep within me. You were there when I was personally devastated by Hurricane Ike, and again today assisting my tattered community’s emergency services to rebuild a stable platform to continue protecting its community. You are all to be commended for your unwavering commitment to the protection of communities in need, both your own, and abroad.”

ENGINE 954: MUCH MORE THAN YOUR AVERAGE FIRE PUMPER

Engine 954 wasn’t any ordinary fire truck; it was also a marquee parade piece, having been State Champ of the Connecticut State Firefighters Association Convention four times in the late 80s, and early 90s. Hansen recalls that “A lot of pride and camaraderie went into Engine 954. We’d dress it up from head to toe, painting every nut and bolt, wrapping the cables and everything else in string and twine. It was very well taken care of. Because of its success, we referred to it as the ‘Parade Princess.’”

As with any fire engine nearing 20 years of service, Engine 954 has seen its share of dents, scratches, bends, and breaks. However, when it’s built the E-ONE way, you can expect a long shelf life. “It has battle scars, such as marks from the use of Halligan bars, and wear and tear in the cab, among others. But, it’s in great shape. It has low mileage, and the truck’s pump was overhauled in its first 10 years of life, so it’s not old by any means,” said Hansen. In fact, Hansen and the fellow members involved in the donation are looking to see if a unit refurbishment is on the table. Either way, with a few minor tweaks here and there, the HVFD should expect another 10 solid years or more with No. 954.

Further celebrating the occasion of such an iconic engine continuing on to a new home, both the sendoff in Clinton, and the reception in Hamshire were met with great fanfare, as crowds gathered to celebrate the occasion and document the event. In Hamshire, 954 received a hero’s welcome, as it was led to its new station with a police escort, lights and sirens in full force.

HVFD Chief Chesson was excited to see the day arrive, even taking to social media to share his thanks. “Thank you to Clinton Fire Dept. for helping out my community so much.” Chesson also invited town members to meet the truck as it arrived at the station.

E-ONE FIRE TRUCKS PROVE THEY WERE BUILT TO LAST

E-ONE’s tagline is “Kickin’ Ash since 1974,” and that was certainly the case in 1988 when Engine 954, and twin 953, were put into action in Clinton, Connecticut. Known as Emergency One in 1988, E-ONE now builds a full line of fire trucks, including aerial ladders and platforms, command and communication apparatus, custom and commercial pumper tankers, Water Master vacuum tankers, quick attack units, and aircraft rescue firefighting vehicles.

The Hamshire VFD continues to be an E-ONE firehouse, already utilizing another E-ONE pumper truck thanks to a grant back in 2009.

You can see how the entire donation story unfolded, and follow the Clinton VFD on their Facebook page, at: https://www.facebook.com/clintonctfire/

The Hamshire VFD would like to thank the membership of the CVFD and Chief Brian Manware, as well as the Clinton Board of Selectmen, including First Selectman, Bruce Farmer. Most of all, they’d like to thank the whole town of Clinton for their kindness and generosity.

Author’s Note: Quotations have been paraphrased for length and clarity.