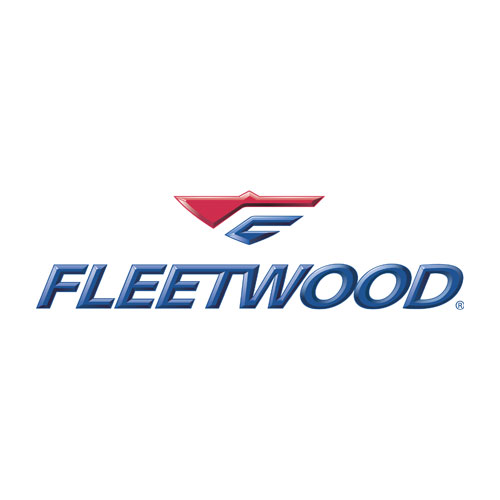 As we now know, learning can happen anywhere. This year celebrate President’s Day on February 15 with a collection of presidential destinations compiled by Fleetwood RV, an American motorhome brand trusted by families for more than 70 years to create fun, life-long memories. Fleetwood RV is a brand within REV Recreation Group, Inc. a subsidiary of REV Group, Inc.

While driving to one or more presidential destinations, create an age-appropriate trivia contest and award bi-centennial quarters for correct answers. Pennies, nickels, dimes, quarters and one, two, five, 20 and 50 dollar bills are a great starting point to share facts about our nation’s greatest leaders.

There are many presidential museums, libraries, and memorials throughout the country but, due to the pandemic, just a few are currently open to the public. However, the limited accessibility of major sites gives families the opportunity to explore a few presidential locations that are off the beaten path.

Fleetwood RV is one of the most-established brands in the motorhome industry and is known for its quality, innovative features, and family-friendly design options. One of Fleetwood’s most popular models, the Bounder®, is celebrating its 35th anniversary and has the distinction of being one of the best-selling motorhomes ever.

Since Philadelphia is the birthplace of American Democracy, it’s a must-do presidential stop. In fact, Philadelphia is where George Washington and John Adams, the country’s first two presidents, lived and worked when they led the United States. Although the President’s House was demolished in 1832, an open-air monument and education center mark the site where the house once stood.

To bring history to life, be sure to visit Independence National Historical Park. The park encompasses a collection of sites where foundational events of the newly birthed country occurred. The Liberty Bell Center, Independence Visitor Center, Independence Hall, Congress Hall, and additional outdoor sites are currently open, and most are free.

Just two and a half hours from Philadelphia, the National Mall has a plethora of presidential and historical monuments and memorials -- many of which are outdoors and remain open.

The Washington Monument is a 555-foot-tall marble obelisk that towers over D.C. honoring George Washington, the first president of the United States.

The Thomas Jefferson Memorial features a 19-foot-tall, bronze statue of Thomas Jefferson, one of the country's founding fathers and its third president, holding the Declaration of Independence.

The Lincoln Memorial honors Abraham Lincoln, the 16th president of the United States, and includes inscriptions from his Gettysburg Address and second inaugural address.

The Ulysses S. Grant Memorial is a statue of President Grant astride a horse and is located at the base of Capitol Hill. Grant was one of the Union’s most-respected Civil War generals and the 18th President of the United States.

The Franklin Delano Roosevelt Memorial chronicles President Roosevelt’s four terms in office through bronze sculptures and his powerful quotes carved in granite. The memorial entrance features a bronze statue of the country’s 32nd President in his wheelchair.

Just outside of D.C., it’s worth a visit to Arlington National Cemetery. Rich with American history on acres of well-manicured grounds, families can deepen their knowledge of our great country.

According to the cemetery website: First Lady Jacqueline Kennedy wanted her husband's gravesite to be accessible to the American public. In selecting a location, she consulted with the president's brother, Robert F. Kennedy, and Secretary of Defense Robert S. McNamara—both of whom are also buried at Arlington.

In addition to the presidential graves, the cemetery is the final resting place for many notable Americans, including veterans of the American Revolutionary War, military leaders, astronauts, Supreme Court Chief Justices and many others.

RVers can spend the night at Cherry Hill Park that offers full hook-up sites and a number of other amenities.

Just a short drive from Washington, D.C., is Mount Vernon -- an American landmark and the historic home of America's first president, George Washington, and his wife, Martha. The Washingtons lived in a two-story Georgian mansion overlooking the Potomac River on an estate that was originally 8,000 acres.

Step back into history and tour the Washingtons’ plantation home, a blacksmith shop, stable, smokehouse, slave quarters and other outbuildings that supported daily life. An extensive museum shares background on Washington’s life prior to becoming president and the legacy he left behind. The site also includes a memorial to the hundreds of enslaved men, women and children who worked the plantation.

A unique way to visit Mount Vernon is by boat. Families can travel down the Potomac River and see the Washington Monument, U.S. Capitol, and other historic sites from a completely different vantage point. The boat trip is narrated and takes approximately three hours round trip. Families disembark at Mount Vernon and have four hours to explore the estate. Mount Vernon can also be reached by bike via the scenic Mount Vernon Trail. The ride takes approximately one hour, and bikes can be rented in Alexandria.

Thomas Jefferson’s accomplishments before, during and after his time as president are nearly unparalleled. He was the author of the Declaration of Independence, founder of the University of Virginia and architect of the Virginia State Capitol building. As the third president of the United States, he doubled the size of the country with the Louisiana Purchase and established the United States Military Academy at West Point.

The 5,000-acre Monticello plantation is an amazing piece of history from the country’s early days. Built atop a mountain, it was home to both the Jefferson family and an extended community of workers that included up to 130 enslaved individuals.

Jefferson was a student of the world with a keen interest in architecture and botany and his estate reflects that. He spent 40 years from 1769-1809 designing, redesigning, building and rebuilding his home. Monticello has 43 rooms, 13 skylights and eight fireplaces and is completely furnished. In fact, 60% of the pieces on display are original to the home. Due to his interest in botany, the estate has extensive flower, vegetable and fruit gardens. In addition, Jefferson’s tomb and the African American Burial Ground are both located at Monticello.

Jefferson died on July 4, 1826 -- 50 years after signing the Declaration of Independence and on the same day as John Adams, another American revolutionary and the second president of the United States who served from 1797-1801.

Before visiting Monticello, dig deeper into Jefferson’s life by listening to a podcast found on the Monticello website [insert link].

RVers can spend the night at Misty Mountain Camp Resort, located at the foot of the Blue Ridge Mountains and near historic Charlottesville, VA.

Close to Mount Vernon and Monticello, visit the plantation mansion and grounds of James Madison, the country’s fourth president who is also known as the Father of the Constitution. Visitors can explore the lives of James and Dolley Madison through guided tours that take place indoors and out. Montpelier also includes a groundbreaking exhibition on slavery that explores how the legacy of slavery impacts today’s conversations about race, identity, and human rights.

RVers can spend the night at Misty Mountain Camp Resort, located at the foot of the Blue Ridge Mountains and near historic Charlottesville, VA.

While many presidential libraries are closed due to the pandemic, The Jimmy Carter Presidential Library and Museum remains open. Carter was the 39th president of the United States, serving from 1977 to 1981, a time that was marked by high inflation, record-high interest rates and the Iranian hostage crisis.

Unique items at the museum include a life-size replica of the Oval Office, a dramatic “Day in the Life of the President” presentation on 13-ft. screens, an interactive map that joins visitors with the Carters to monitor elections and fight diseases and a reproduction of the medieval crown of St. Stephen which for centuries was the symbol of Hungarian Kingship. Be sure to seek out the background on this interesting exhibit item!

Franklin Delano Roosevelt, the 32nd president of the United States from 1933-1945, guided the country through the Great Depression and World War II. To soothe his polio, he soaked in the natural springs and eventually established a vacation home in Warm Springs. The home was nicknamed the “Little White House” and is one of Georgia’s most visited historic sites.

RVers can spend the night at Pine Mountain RV Resort. Nestled in the beautiful Georgia pines, the resort is packed with amenities, including a fitness room, pool, hot tub, steam showers, as well as an on-site concierge.

Just 20 minutes from Nashville is the home of Andrew Jackson, the country's seventh president. The mansion, which has been carefully restored with most of Jackson’s original belongings, is open for tours. Visitors can also explore the grounds of Jackson’s cotton plantation that includes historic buildings and markers, the tomb of Andrew and his wife, Rachel, as well as the field quarters and a hiking trail.

RVers can spend the night at Safe Harbor RV Resort. Located on a peninsula with beautiful views of Percy Priest Lake, it’s a premier RV destination in Middle Tennessee.

While he eventually rose to the highest position in the United States, Abraham Lincoln truly came from hard-scrabble, humble beginnings. Follow the Kentucky Lincoln Heritage Trail to a number of notable sites where President Lincoln, the country’s 16th president, spent the first seven years of his life. Sites along the trial include a replica of the tiny log cabin where Lincoln was born, the farm along Knob Creek where he lived with his parents for five years and The Lincoln Museum. The museum highlights the major events in Lincoln’s life through life-size dioramas, period artifacts and a collection of wax figures.

RVers can spend the night at Elizabethtown Crossroads Campgrounds. The campgrounds are close to Abraham Lincoln’s birthplace, Mammoth Cave National Park and Louisville.

This colossal stone edifice in the Black Hills of South Dakota took 14 years to complete from 1927 to 1941 and cost approximately $1 million. The heads of Presidents George Washington, Thomas Jefferson, Theodore Roosevelt, and Abraham Lincoln are 60 feet tall and were carved into the granite face of Mount Rushmore with dynamite. The four presidents were chosen to represent the nation's birth, growth, development, and preservation.

RVers visiting Mount Rushmore, can stay overnight at American Buffalo Resorts in the heart of the Black Hills.

REV Group (REVG) is a leading designer, manufacturer, and distributor of specialty vehicles and related aftermarket parts and services. We serve a diversified customer base, primarily in the United States, through three segments: Fire & Emergency, Commercial, and Recreation. We provide customized vehicle solutions for applications, including essential needs for public services (ambulances, fire apparatus, school buses, and transit buses), commercial infrastructure (terminal trucks and industrial sweepers) and consumer leisure (recreational vehicles). Our diverse portfolio is made up of well-established principal vehicle brands, including many of the most recognizable names within their industry. Several of our brands pioneered their specialty vehicle product categories and date back more than 50 years. REV Group trades on the NYSE under the symbol REVG. Investors-REVG